New World Rising – Just Being Together

Magic is on the rise, as I spend a day adventuring with a wonderful guide who has moved back to Victoria. She is another Catherine who appears in a cunning disguise as a small cute curly haired creature, but is infact something rather fierce and large and light-dark.

Catherine took me to special places in Victoria, where the energy is good – gardens with herbs and reclusive hidey-places, and ocean side spots for clear reflection. Mounds and viewpoints to get up high. And an amazing lunch at a new cafe for the two of us.

She had the feel of kindred-spirit, and we were both simply happy being in the same place. It felt right to have her here, and the quality of being together was simple and refreshing. I notice it as similar to my Tribe-friend here – a sense of being able to be everything and nothing at the same time.

We shared conversation about the trauma and craziness of the last few years; she described it as a sort of rehab. We spoke of the sense of new world emerging around us, new words, new rules. It all comes down to Being.

With Catherine, there was a sense of mirroring. We shared glimpses of our self with each other, and in doing so there is a sort of relief and permission to Be. It feels very different to the game of projections that happens in relationship, even though that too has learning in it. Mirroring allows for expansion and a sense of satisfaction and space. I want more of this.

Rebel Spirits Being Together 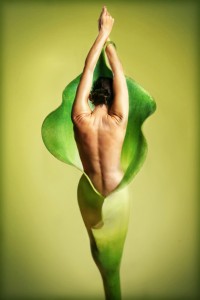 Since I was 16 my spiritual story has been to follow the thread of “just be”. However it has felt a rather solitary self-focused journey of individuation.

Along with that journey there has been a longing for a group, a kinship with others, a foray into various established scenes… yet merging up into a group comes with group/tribe identity, and can end up fragmenting us.

There is something new happening now – how to Be, in fullness, with others who are also being in fullness. A gathering of old powerful souls around a campfire, nodding in recognition and respect. We can be together, whilst still being beautifully our own self.

These are the types of connection I want to be around now. I’m done with fitting into roles or being a specific fragment. I need room for all of me or none at all

Mastering Polarity rather than Being Played by it

Something I’m pondering around is a comment Catherine made, about becoming a Master of Polarity rather than being played by it. I certainly feel played by my emotions and the pulls of others desires and my own fears. Going from realms of light to settling into darkness.

Being big enough to hold all the pieces

The old way of being fragmented just doesn’t work. Also endless processing and seeking seems done for now. It’s time to be, and to be big enough that all the scattered thoughts, pieces of work and tasks to do can settle. Yesterday I felt that – and the sense of crazy chaos and being lost amongst a million things, or overwhelmed by the bigness of the tasks ahead – all faded, because I simply became big enough to hold it all. There is a bigness that feels like relaxing into something; an unfurling, a luxurious stretch outwards. I like this. I am becoming a container big enough for all the pieces of my life and self. From this vantage point I can see what belongs and what is done.

Keep looking forward, no going back.